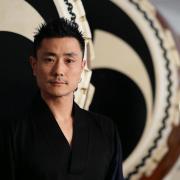 After seven years studying with San Francisco Taiko Dojo, Kato was a leader of UCLA Kyodo Taiko before moving to Japan to study at Nihon Taiko Dojo and on Hachijo island. He performed professionally with On Ensemble, TAIKOPROJECT, Portland Taiko, and coordinated the 2011 North American Taiko Conference before turning his attention to taiko teaching. Kato is Principal at LATI, where he is dedicated to student success and community building. 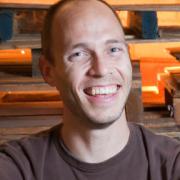 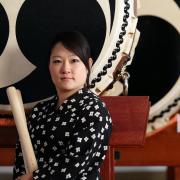 As a coach at LATI, Baik draws on professional performance experience with Kishin Daiko and now TAIKOPROJECT. She possesses a deep sensitivity for music gained through her work in professional audio recording and the music licensing industry. 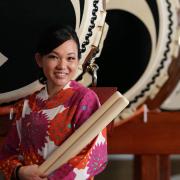 After playing with UC Irvine's Jodaiko and earning a Master's in education at UCLA, Kanamaru studied with the seminal group, Kinnara Taiko, and performed extensively with TAIKOPROJECT. With considerable experience teaching youth and adults, she coaches a variety of taiko topics and offers private lessons in taiko and xequere (Brazilian, two-hand shaker). She teaches the youngest of our students at LATI. 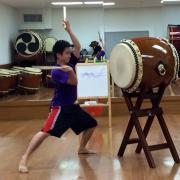 Masa began his taiko career with UC Irvine's Jodaiko and after graduating became a member of the performing ensemble, Prota. He is a member of Unit One, the ensemble in residence at Asano Taiko US, and an organizing member of Hachijo Aikoukai. 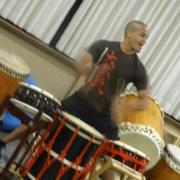 Following four years as a performer and leader with the collegiate group, Stanford Taiko, Wells trained at Kenny Endo's Taiko Center of the Pacific in Hawaii before becoming a performing member of TAIKOPROJECT. Wells is a dedicated researcher of taiko pedagogy and coaches a variety of courses at LATI. 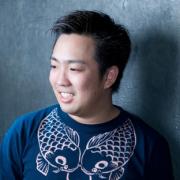 Isaku Kageyama is a taiko artist, well versed both in live performance and in the studio.

His resume includes performances at venues such as Carnegie Hall and Lincoln Center, networks such as NBC, VH1 and BET, tours with the Japan Foundation, and residencies with The Pew Center for Arts and Heritage. He’s also an overall nice guy. :D:D:D

On stage and in the classroom, Isaku brings a breadth of experience performing and teaching both traditional and contemporary styles. A versatile collaborator in the studio, Isaku contributes to projects by bringing his extensive knowledge of composing, recording, and mixing to the table. When none of that is needed, his job is to make sure there is cold water in the fridge for everyone.

Isaku currently works as an instructor at Los Angeles Taiko Institute, performs with Asano Taiko US UnitOne, and records for virtual reality creators Rhythm of the Universe, and video game composers Materia Collective.

Formerly a principal drummer of Amanojaku, he holds a Bachelor of Music from the Berklee College of Music and a Master of Arts in Teaching from Longy School of Music of Bard College.

He is also a two-time National Odaiko Champion, becoming the youngest person to win highest honors at the Mt. Fuji Odaiko Contest in 2000, and Hokkaido in 2003.

From 2011-2014, Isaku was the resident instructor at Wellesley University and the University of Connecticut, and has held clinics at Berklee College of Music, Brown University, Rochester Institute of Technology, North American Taiko Conference, East Coast Taiko Conference, and Intercollegiate Taiko Invitationals. 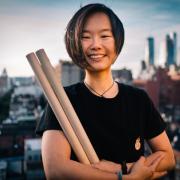 Yeeman “ManMan” Mui (they/them) is a queer, non-binary, HongKonger, multidisciplinary taiko artist, and facilitator based in Los Angeles, who strives to build an equitable landscape for the purpose of fostering creativity. As a neurodivergent, ManMan grew up unable to speak outside of immediate family due to an anxiety condition known as Selective Mutism. Through the discovery of multisensory artistic expressions, ManMan continues to find liberation through fluidity in movement and is propelled by the resonance of vocals and drums.